U.S. Army Sergeant Major Jim Dickerson is one of the GIVE community’s most influential and recognizable figures. He’s been helping us advance our mission for 15 years now, having provided professional one-on-one golf instruction to hundreds of GIVE Veterans who attended classes at our Riverside Casino and Golf Resort location.

That’s just one small part of his legacy, however. Jim has spent decades serving our nation, Iowa’s Veterans, and his local community. 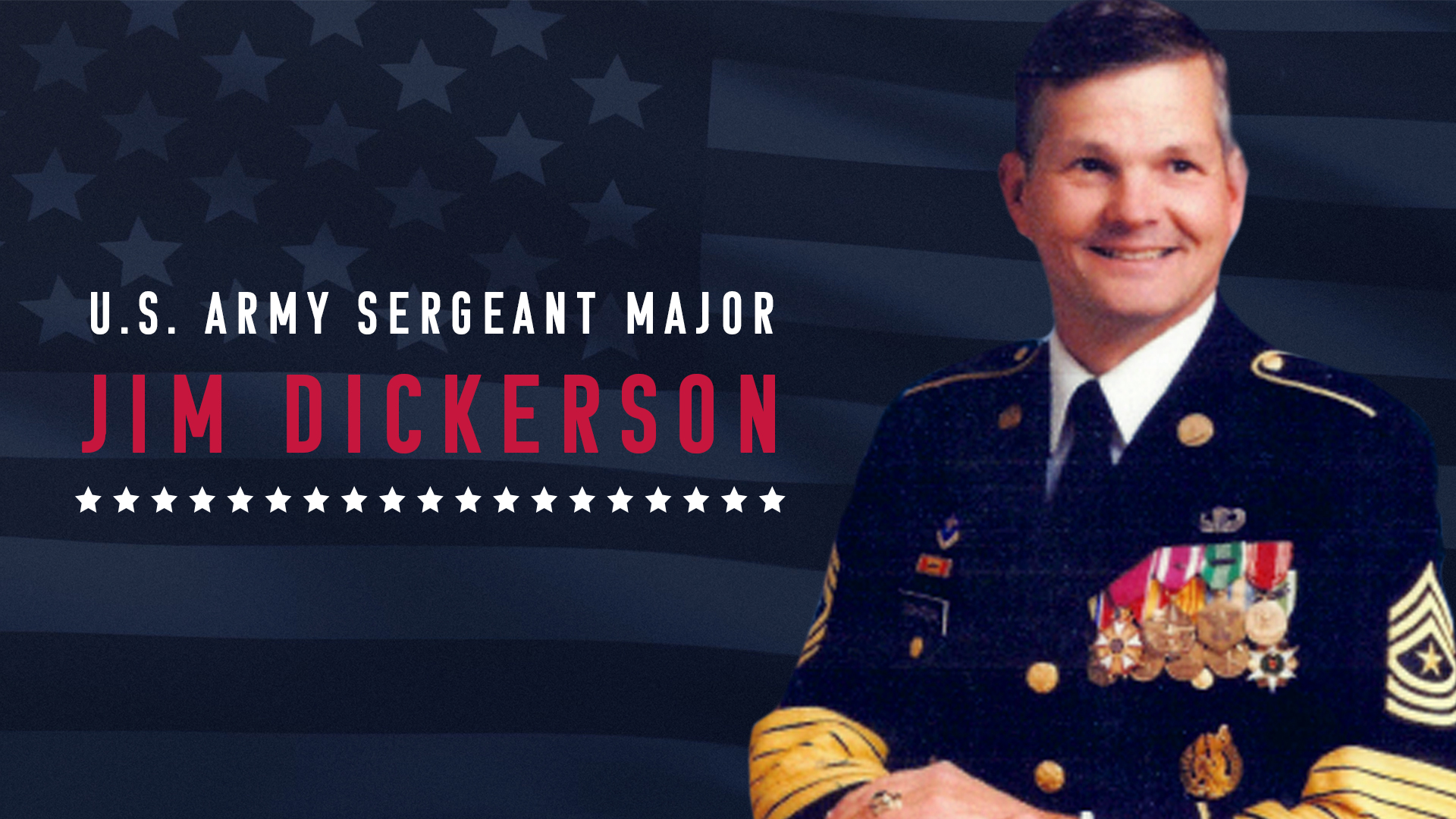 Jim Dickerson was born in Fort Dodge Iowa, spending 10 years of his childhood there before moving to Iowa City.

Shortly after he graduated from Iowa City High School in 1962, Jim enlisted in the Army Airborne Infantry, officially joining the service in 1963. He was deployed to An Khê in South Vietnam in 1968, where he served as a Parachute Rigger with the 173rd Airborne Brigade.

After his time in Vietnam, Jim returned to Iowa City and began working a civilian job. He soon enlisted in the 1st Battalion, 410th Infantry Army Reserve, eventually rising to Scout Platoon Sergeant before returning to active duty as a Field Recruiter in Iowa City.

Jim was promoted to Master Sergeant, then moved west to serve as an In-Service Recruiter at Fort Riley in Kansas. He attended and graduated from the U.S. Army Sergeants Major Academy, which led to him becoming Senior Operations Sergeant Major at the U.S. Army Recruiting Command in Fort Sheridan, Illinois—the position he filled until he retired from the Army in 1991.

He got started by working as an Assistant Golf Professional at the University of Iowa’s Finkbine Golf Courseand was eventually elected to the PGA in 1995. From that point on until his recent retirement, he served as Finkbine’s PGA Teaching Professional.

AWARD-WINNING SERVICE TO HIS NATION & HIS FELLOW VETERANS

Jim Dickerson went above and beyond the call of duty when serving our nation. 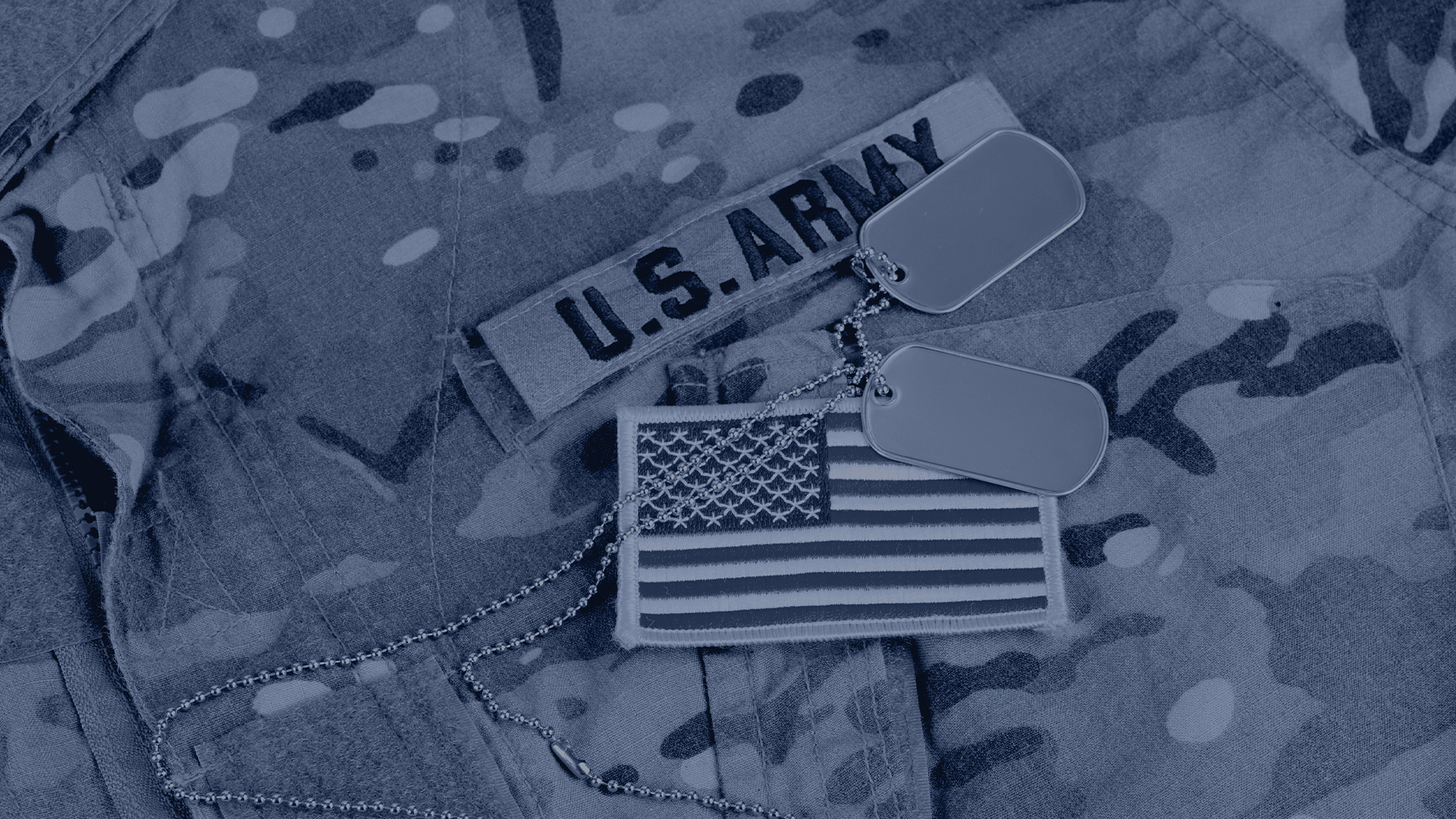 Throughout his military career, he received the following honors and awards: the Legion of Merit Medal, 2 Meritorious Service Medals, 5 Army Commendation Medals, a Vietnam Service Medal, a Parachute Badge, a Rigger Badge, an Excellence in Competition Badge (Rifle), and a Gold Recruiter Badge with 3 Sapphire Stars. Plus, he was the first Iowan to be awarded the U.S. Army Recruiting Ring.

However, Jim’s commitment to our nation and the greater Iowa Veteran community extends far beyond his time in the service. He’s given countless hours to the GIVE Foundation, having been a part of our community since 2008.

Jim has touched so many lives through his work as a GIVE instructor. He’s built relationships with our military heroes throughout the state, helping them feel an important sense of belonging and camaraderie. He’s restored their hope by showing them they can overcome injuries, disabilities, traumas, and other difficulties from their time in their service to succeed in golf and simply enjoy life.

These valiant efforts have not gone unnoticed.

In 2012, Jim was given the Iowa PGA Bill Strausbaugh Award. According to the PGA, this award is “presented to a PGA Professional who by their day-to-day efforts have distinguished themselves by mentoring their fellow PGA Professionals in improving their employment situations and through service to the community.” 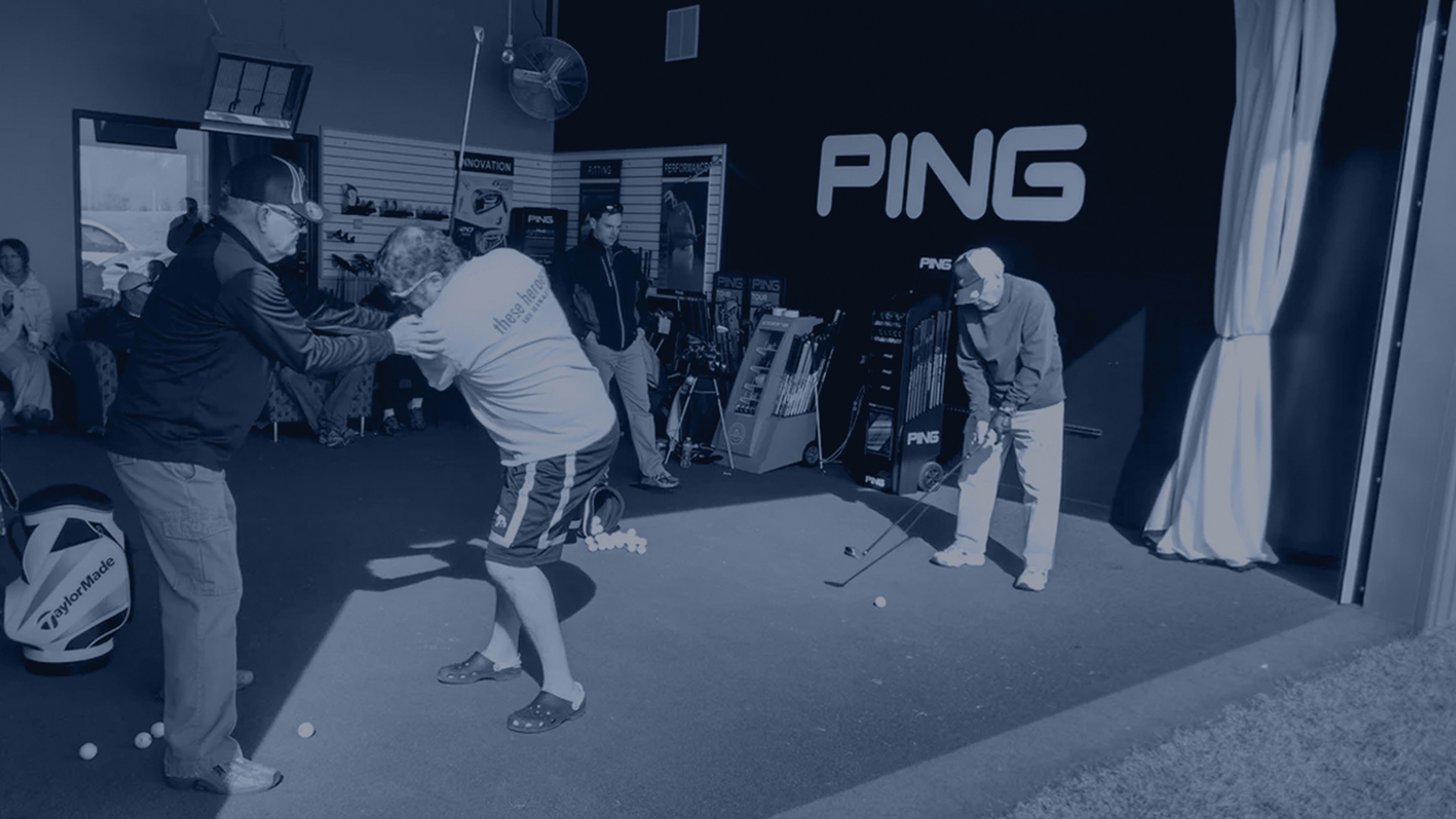 After that, he went on to receive the PGA Patriot Award in 2014 from the PGA of America, the first member in Iowa PGA history to do so. Each year, the PGA gives this award to “a PGA Professional who personifies patriotism through the game of golf and demonstrates unwavering commitment and dedication to the men and women who have valiantly served and protected the United States of America.” He won the Patriot Award again in 2014, this time from the Iowa chapter of the PGA. 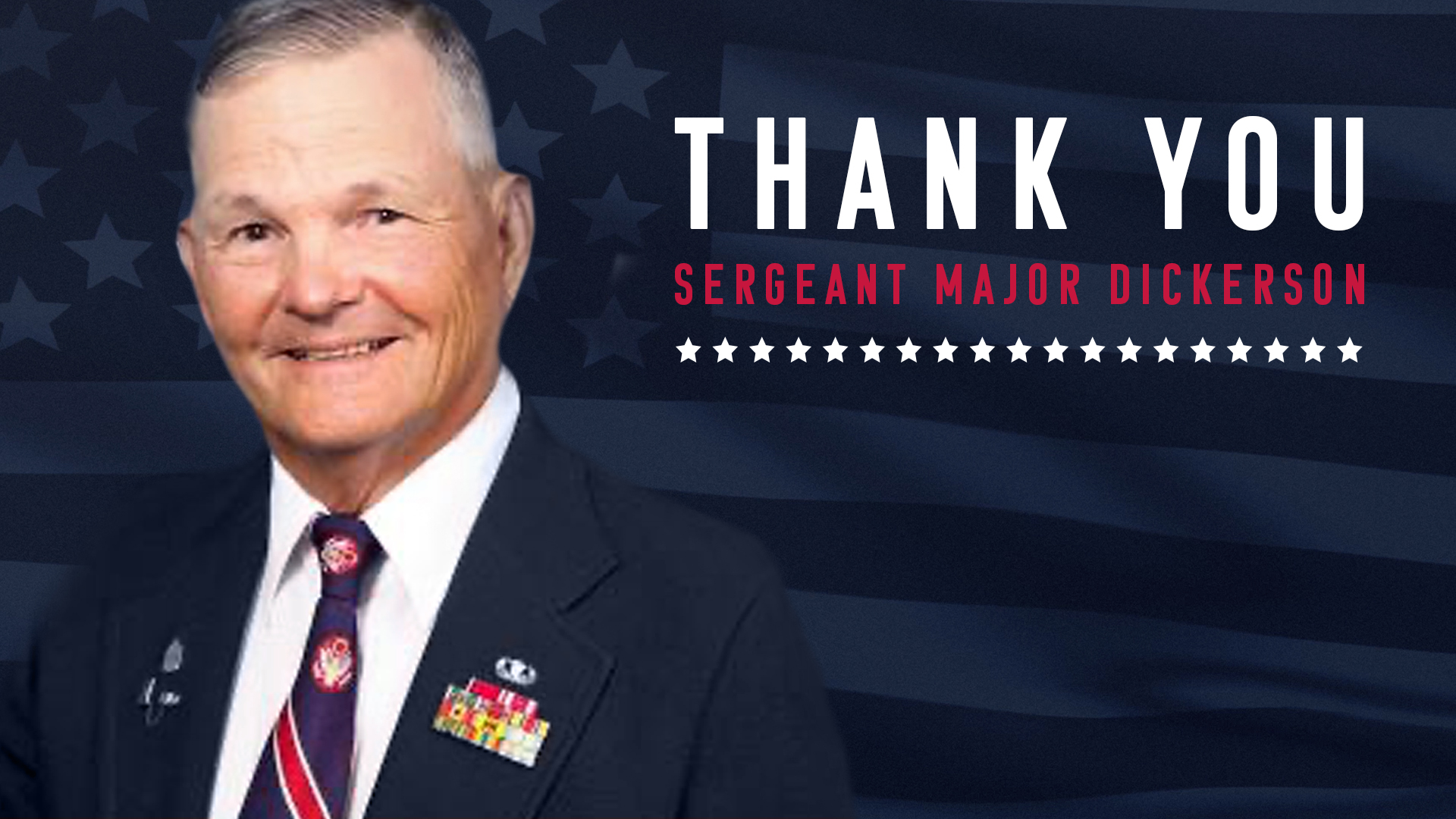 It’s been an honor having Jim Dickerson’s support all these years. The impact he’s made as an instructor, leader, mentor, and fellow Veteran is nearly impossible to describe.

Out on the golf course and across the state of Iowa, Jim has never backed down from his mission of transforming lives. He’s a living example of the GIVE community’s character.

Thank you, Sergeant Major Dickerson, for everything you do.

GET INVOLVED WITH THE GIVE COMMUNITY

When it comes to supporting our Veterans here in Iowa, there’s always more work to be done.

We need your help to advance our mission of providing our Veterans with the empowerment, camaraderie, and accessibility they deserve.

Explore our website and follow us on social media to learn more about the GIVE community and how you can support our cause.